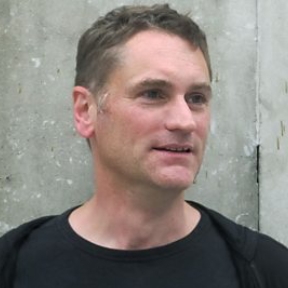 Gareth Mitchell hosts the BBC World Service technology programme Click, not to be confused with the TV show of the same name

Each week Gareth and his guests discuss how technology affects our lives. Originally an electronic engineer, he has now clocked up twenty years as a science broadcaster on BBC Radio where Gareth also often presents Radio 4’s Inside Science as well as aiding as one of the hosts for the World Service Science Hour.

Over the years, Gareth has reported on the advent of blogging, podcasting and social media. Other standouts have included the first undersea broadband cables to Africa, gravitational waves, the rise of the maker / hacker movement, various exoplanet discoveries, virtual and mixed reality, numerous stories about graphene and pretending to understand blockchain. Away from the mic, Gareth teaches broadcast journalism on Imperial College London’s Science Communication MSc. Alongside practical skills in radio and pod-making, Gareth teaches a module exploring the semiotics of radio, applying principles from film theory and theatre to the critical analysis of meaning in fiction and non-fiction audio. He has also co-founded a programme of successful transferrable skills courses for early career scientific researchers. Over a decade or so, he has helped about a thousand bright PhDs and postdocs around the UK translate their work into plain English and inspired them to further their public engagement. As a moderator and speaker, he has worked around the world with the likes of the European Commission, World Economic Forum, OECD, New Cities Foundation, Science Museum, UK Higher Education Academy, Wellcome Trust and many other British and international organisations.