How will we tell stories in the future? 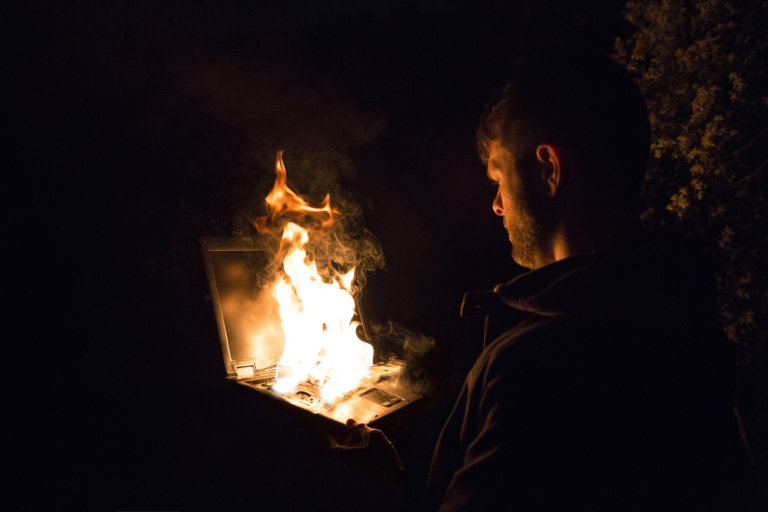 Our upcoming FutureFest Late explores the future of storytelling and features talks, installations and an interactive animal love story. Find out what are the essential ingredients for a good story, and what you can expect from writer, game developer and performer David Finnigan’s performance.

You have won awards for your playscripts, founded art festivals and worked with a range of high profile organisations. What has been your career highlight so far?

Any time I get to do a deep-dive research process. The best part of my work is always working with scientists, researchers and experts, and learning something new. Most recently, I spent a fascinating month in residence at the Earth Observatory Singapore, working with earth scientists studying volcanoes, typhoons and earthquakes in south-east Asia.

What do you think are the essential ingredients of a good story?

For myself, when it comes to live performance at least, I love music, dancing, explosions, romance, death, intrigue, high stakes and spectacle. I have tried my best to like serious theatre about serious issues, but truthfully I want adrenaline and love, in equal measure.

You can expect, high stakes? And definitely a little bit of love, death and music.”

How did you find the inspiration for your performance at the FutureFest Late?

This is a super interesting brief, that came in two parts – it’s the combination of the two that has taken this work to somewhere really exciting.

First of all, I’ve been commissioned by Nesta to produce a work exploring the future of ecology; rewilding, conservation, extinction, zoos & aquariums, nature documentaries, that whole universe. That full-length show will debut at FutureFest in March.

But in the meantime, I’ve been asked to share some of that new work at the FutureFest Late. A lot of my background is in interactive storytelling – participatory theatre, gaming, and so on – and it’s that side of my work that Nesta were interested in for the Late.

With that context in mind, I went back to some of my favourite experiments in participation, and I’ve folded them into a brand new story about a guerilla raid on an aquarium 30 years in the future. Some of them are devices that worked well, some are devices that really didn’t work, and some I’ve never even tried before because they’re too experimental.

What can the audience expect from your performance at the FutureFest Late?

The best thing is, I can’t say, because I don’t know myself. You will definitely see me at my most nervous as a performer, because I’ll be trying things with a very real risk of them breaking spectacularly. This whole performance could break spectacularly!

So I guess, you can expect, high stakes? And definitely a little bit of love, death and music.

We’re such narrative creatures, we tend to remember history through the lens of songs, books and performances.”

Performances can push the boundaries of storytelling. With advances in technology, how do you think they will change in the future?

When it comes to advances in technology and the arts, I’m intuitively drawn to Nassim Taleb’s use of the Lindy Effect, which says that, roughly, the longer a technology has been around, the longer a life expectancy you might expect for it.

It’s not the most rigorous concept mathematically (Qiao Wang teases it apart in this blog post), but then I’m not using it to make hard-nosed predictions. It’s just a rough instinct: the newer the form (eg VR, 360 film), the less likely it is to be around in the long run. The older the form (eg a troupe of actors, a storyteller accompanied by music), the more likely it is that it’ll still be here in the far future.

I’m hedging my bets here, it’s true. But a true fact is, one of my guilty pleasures is reading descriptions of futuristic performance events in sci-fi: the immersive theatre in Neal Stephenson’s The Diamond Age, the dissonant music in Ursula Le Guin’s The Dispossessed, the big participatory concert in Kim Stanley Robinson’s Red Moon… They all sound like they’d be terrible in real life but I love reading about them.

You have created performances inspired by the climate crisis, animals and the environment. How do you think storytelling can shape the future for the better?

It can’t! Not even a little bit, not even at all. But I suspect that, because we’re such narrative creatures, we tend to remember history through the lens of songs, books and performances, and so we kid ourselves that those stories had an impact on the way things turned out.

Storytelling is froth on the daydream – but when a performance gathers a group of people together in a room for a common purpose, and gives them a shared language… I’m not sure what that amounts to, but perhaps more than nothing.

What object or tool would be in your survival kit for the future?

I carry a pencil case full of painkillers, water purifying tablets, over-the-counter medicine and some vitamins. The pencil case looks like a frog. If I make it through the next few years, it’s thanks to the frog.

Where is your happy place?

Always changing but this month I’m working in Manila with my Filipino collaborators, the Sipat Lawin Ensemble. So my answer is going to be: Manila, the Philippines – a hectic intense chaotic mega-city bursting with some of the most exciting art happening anywhere in the world today.

What is the best advice you have been given?

In relation to making it as an artist, my friend Mick Bailey once told me, ‘Never have a plan B.’ He’s right, if I’d had another career option I would have taken it long ago – but I’m grateful now that I never did.

Which question would you most like to know the answer to?

Ahhh, well, you know John Brockman’s Annual Question – where he throws out a question and gets a bunch of interesting thinkers to share short essays reflecting on it? It’s always a satisfying read, but last year he invited his contributors to pose questions of their own.

There’s some great prompts for thought in there. I thought Nick Bostrom’s ‘Which questions should we not ask and not try to answer?’ was a fun response, I was tempted to throw that back at you.

What can we do on a daily basis to shape our future for the better?

I don’t know! What do you think? Tell me, though, this would be super helpful to get a clear answer to.