How can data transform our health and care system? 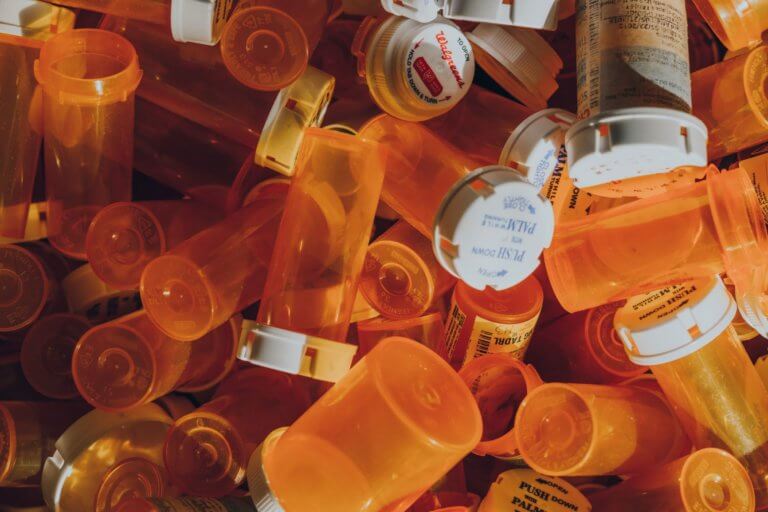 Ahead of the health data panel at FutureFest, this blog focuses on three big opportunities for data to transform the future of health and care.

Health and care systems across the world are moving at pace towards digitised and linked records.

Citizens are increasingly expecting that information about their care is shared between appropriate professionals, and that they can share information easily themselves, on their terms. Outside the system, the amount of ‘health’ data collected about us is growing exponentially across all domains of our lives, from our smartphones, wearables and interactions with digital platforms.

We are increasingly seeing the value of using data to prevent ill health, improve outcomes for people and provide new insights into disease. We have explored some of the challenges in increasing trust and unlocking value previously, so ahead of the health data panel at FutureFest, this blog focuses on three big opportunities for the future.

Opportunity one: Benefit-sharing and trade-offs

Much of the previous research and engagement with the public has tended to focus on perceived benefits and risks of data access and use, but there has not been enough exploration of how different groups of people might balance these concerns with the potential benefits and value of data-sharing and what trade-offs or compromises they might be prepared to make to benefit not just to themselves but to people like them and the system.

A survey of 1,031 people in 2018 as part of the public engagement for the Yorkshire and Humber Care Record reassuringly found that 95 per cent of people supported their data being used beyond their direct care. Interestingly, there was good support for using health and care records to intervene before people developed a health condition; for example, contacting people at risk in order to offer screening or healthcare advice – something which is desperately needed if we are going to move towards a more proactive and preventative health and care system.

However, a further exploration of the concept of benefit-sharing led to the emergence of more nuanced views of the respondents. They felt it important that benefit-sharing models incorporated clear provisions to curb the level of profits from research, with specific suggestions requiring that private companies pay to use data, share profits from data use, provide affordable products and services built on data, or reinvest profits in local communities.

We know that many consumers are prepared to make trade-offs: to share data if it benefits themselves and others. For example, in 2018 a poll by Nesta found that 73 per cent of people said they would share their personal data in an effort to improve public services if there were a simple and secure way of doing it.

Exploration of such partnerships with the voluntary and private sector and associated trade-offs would be a hugely useful next step in deepening our understanding of how public institutions build trust and confidence in data sharing with their local populations.

Increasing control does not mean that every citizen needs to become a data controller with their data on a personally managed secure server, with all the associated legal obligations and responsibilities. What we mean by this is: citizens having an understanding of what their data is, or could be, used for; having the ability to access and share their data securely across the ecosystem; and, importantly, having the ability to withdraw consent easily.

Control should also be able to be delegated to a trusted third party whether that’s a part of the health system, a voluntary organisation or a friend or family member. We are seeing an increase in people uploading, or allowing access to their data through sharing platforms that are managed and overseen by a data steward. These data stewards are trusted to make decisions about the data platform as a whole, taking into consideration the consent given by the individuals and ensuring that the decisions made about the data are transparent. Trust in the organisations and institutions that steward our data, whether data commons, co-operatives or trusts, is crucial and creating trustworthy ways of holding data can future-proof their future use.

Accessing, sharing and analysing the increasing amounts of data collected by and about us could fundamentally change the way we approach our health and wellbeing. It could unlock predictive prevention, allowing us to discover new treatments and enable independent living. But to realise this vision, there is an urgent need to have a dialogue with more citizens about data-sharing.

There have been a range of public engagement activities across the UK in recent years engaging citizens in how they feel about the use of patient data ranging from surveys to public dialogues and citizen juries. These activities have generated useful insights, but they have seldom moved beyond engaging with the ‘usual suspects’ (i.e. engaged, expert patients) to involving diverse and seldom heard groups.

The Scottish Government and Nesta believe it is time to embed public engagement more deeply in how we design, implement and govern data-driven technologies, and that we should explore methods that can support citizens to engage with questions about the future, while still being rooted in the present.

Our Data Dialogues programme is experimenting with a range of participatory futures techniques – including immersive theatre, online social games, speculative designs and pop-up installations – to engage diverse groups in Scotland in a conversation about sharing their health and care data. We will engage with people from different places, ages, socioeconomic, cultural backgrounds, as well as people with different experiences of health and using care services.

To hear more about this programme and the opportunities and challenges of sharing health and care data, join Sinead and an industry panel at FutureFest 2020.